Incorporated in 1984, the town of West Hollywood is a pedestrian-friendly community that is also known for its diversity. Undoubtedly most famous as the home of Southern California’s legendary Sunset Strip, West Hollywood is home to a vibrant, colorful collection of novelty shops, nightclubs, and eateries. The majority of residents live in multi-family housing that is dominated by two and three-story apartment complexes. Still, many neighborhoods of single homes are scattered throughout the area. Commercial properties include hotels, movie studios, a mall, and the largest interior design complex in the western United States. A very adult-oriented city, West Hollywood claims few school-age children living within its boundaries.

The Hollywood sign overlooking the town from its lofty elevation on Mount Lee in Griffith Park used to say “Hollywoodland” before it was shortened in 1945. A wide variety of old and new housing options meet the needs of a diverse population. Most of the area’s single-family homes are located high in the hills, many of them occupied by professionals in the entertainment industry. Some of Southern California’s most popular attractions are located in Hollywood: The Hollywood Walk of Fame, the world’s most famous sidewalk recognizing famous personalities with a star tribute; Mann’s Chinese Theater, featuring hand and footprints of legendary movie stars; Griffith Park, the largest city park in United States; the Hollywood Bowl, an 18,000-seat amphitheater that also serves as the summer home of the Los Angeles Philharmonic Orchestra; and Melrose Avenue, famous for its fashion boutiques, galleries, trendy restaurants, and antique shops.

Cradled within the San Fernando Valley, Studio City's stylish small-town allure is equally adored by entertainment industry elite and elementary-school PTA leaders. Ventura Boulevard and Laurel Canyon are the heart of Studio City. Ventura Boulevard is the neighborhood's principal commercial corridor. Studio City is an affluent residential community, home to many who work in the film, television, music and other entertainment related industries.

Valley Village is a community located just north of Studio City and west of Toluca Lake featuring parkways, cycling paths, a series of small parks, recreation center and other amenities. The community of Valley Village was formed in 1939 and was originally part of North Hollywood. A secession drive was established in 1991 to officially secede from North Hollywood, part of a precedent that swept through the San Fernando Valley beginning in the 1980s. You will find many single family homes as well as condos and apartments throughout the Valley Village area.

Sherman Oaks stretches approximately 8 miles across the San Fernando Valley. The neighborhood is roughly bounded by Studio City to the east, Van Nuys to the north, Encino to the west, Bel Air and Beverly Hills Post Office to the south. Sherman Oaks is an affluent neighborhood, with high-end boutiques, restaurants and shopping. One of the city’s most famous shopping locations is the famed, Sherman Oaks Galleria. Sherman Oaks real estate consists of apartments and condominiums neighborhoods and single family homes.

Beverly Grove is a small affluent neighborhood adjacent to Beverly Hills, West Hollywood, Carthay Circle and the Fairfax District. It is home to the Beverly Center Shopping Mall, LA’s first Farmer’s Market and the world renowned “The Grove” outdoor shopping mall. This charming neighborhood consists of a mix of single family homes, condos and apartments.

Toluca Lake is situated in the San Fernando Valley bordering Burbank, the Los Angeles district of North Hollywood, and near Universal City, at the northern base of the Hollywood Hills section of the Santa Monica Mountains. Toluca Lake started out as Forman Toluca Ranch, a ranch known for its crops of peaches, apples and walnuts. Today, home to many affluent residents, many of whom work as part of nearby Hollywood's film industry.

Miracle Mile is located west of downtown Los Angeles center along a 1.5 mile stretch of Wilshire Blvd. Miracle Mile was the world's first linear downtown, with building designs incorporating wide store windows to attract attention from passing cars. As the city's art deco architecture has come to be appreciated, preserved, and restored, the area's exemplary architecture is a highlight. Miracle Mile has many beautiful historic homes and buildings and is the home of the LA’s museum row which includes The Los Angeles County Museum of Art (LACMA), Petersen Automotive Museum, A+D Museum, Craft and Folk Art Museum, George C. Page Museum, and La Brea Tar Pits.

Larchmont Village is a quaint and friendly shopping district in the center of a bustling city. It is located in one of the oldest and most historically significant neighborhoods in Los Angeles and is bordered by some of the most well preserved older homes in the city, ranging from 1920's California bungalows to grand old estates. Larchmont Village serves as a Main Street retail district to Hancock Park, Windsor Square and nearby Paramount Studios. Larchmont maintains a small town feel and serves as a lovely community gathering place. Enjoy the charm of a day spent on Larchmont experiencing a variety of wonderful ethnic restaurants, sidewalk cafes and upscale boutiques.

The serene community of Hancock Park features elegant, grand homes and estates along lush, tree-lined lanes. Many of the homes in this area were designed by famous architects like Paul Williams and Wallace Neff, combining with trendy boutiques, upscale shops, antique dealers, and convenient services for a truly enchanting atmosphere. Larchmont Boulevard serves as the commercial corridor, with other premier shopping areas nearby such as Melrose Avenue, Rodeo Drive, and the Beverly Center. Outdoor enjoyment is close to home in the Santa Monica Mountains, where residents can enjoy biking and hiking. Golfing, beach water sports, and winter sports are easily accessible.

Located in central San Fernando Valley and on the north slope of the Santa Monica Mountains, Encino is a residential community with endless recreational activity facilities. Encino is home to the 5-acre Los Encino’s State Historic Park. The park includes original nine-room de la Ossa Adobe, the Garnier Building, a blacksmith shop, a pond, and a natural spring. This thriving town is filled with housing choices from the suburban style three-bedroom to striking and opulent houses on hillside lots. Ventura Boulevard teams with shops, restaurants, movies, and office buildings. Also in this area are golf courses and parks, including the Sepulveda Dam Recreation Area that spans 2,000 acres.

Los Feliz is located north of East Hollywood, south of Santa Monica Mountains and adjacent to the neighborhoods of Hollywood and Silver Lake. The main attractions in the area include, Griffith Observatory, Greek Theatre and Los Angeles Zoo. Los Feliz real estate features very trendy urban properties along with hilltop mansions. Home to many great boutique shops and restaurants conveniently all within walking distance, Los Feliz stands as one of the most affluent and diverse artistic communities in Los Angeles.

This is one of the oldest sections of the city with an energetic mix of gay and Latino cultures reflected in the eclectic shops along Sunset Blvd just east of where Santa Monica Blvd ends at Sunset. The city is comprised of some of the most famous modern architecture in North America. Originally named “Ivanhoe” and later “Edendale,” the neighborhood was named after the man-made reservoir which lies at its center. “Silver Lake” was named not in reference to a color but after Herman Silver, a member of Los Angeles’ first Board of Water Commissioners. The homes that are built around the lake in this area east of Hollywood are Spanish styled and, designed and built be many famous mid-century architects.

Dubbed the “entertainment city” Burbank is probably best known to the world as the home of Disney, NBC, and Warner Brothers studios. The community also offers the largest airport serving the San Fernando Valley, where Burbank is nestled. The majority of the homes were built before 1960 and tend to follow two and three-bedroom suburban styling. Even the older neighborhoods in Burbank are a showcase of pride of ownership, with fresh paint and meticulous landscaping. On the northeast side, many streets rise into the hills that feature more upscale, newer homes. Outdoor enthusiasts enjoy a golf course, an equestrian center, many lush parks, and miles of bike trails. A vibrant city, many diverse restaurants and shops line Burbank’s bustling boulevards. 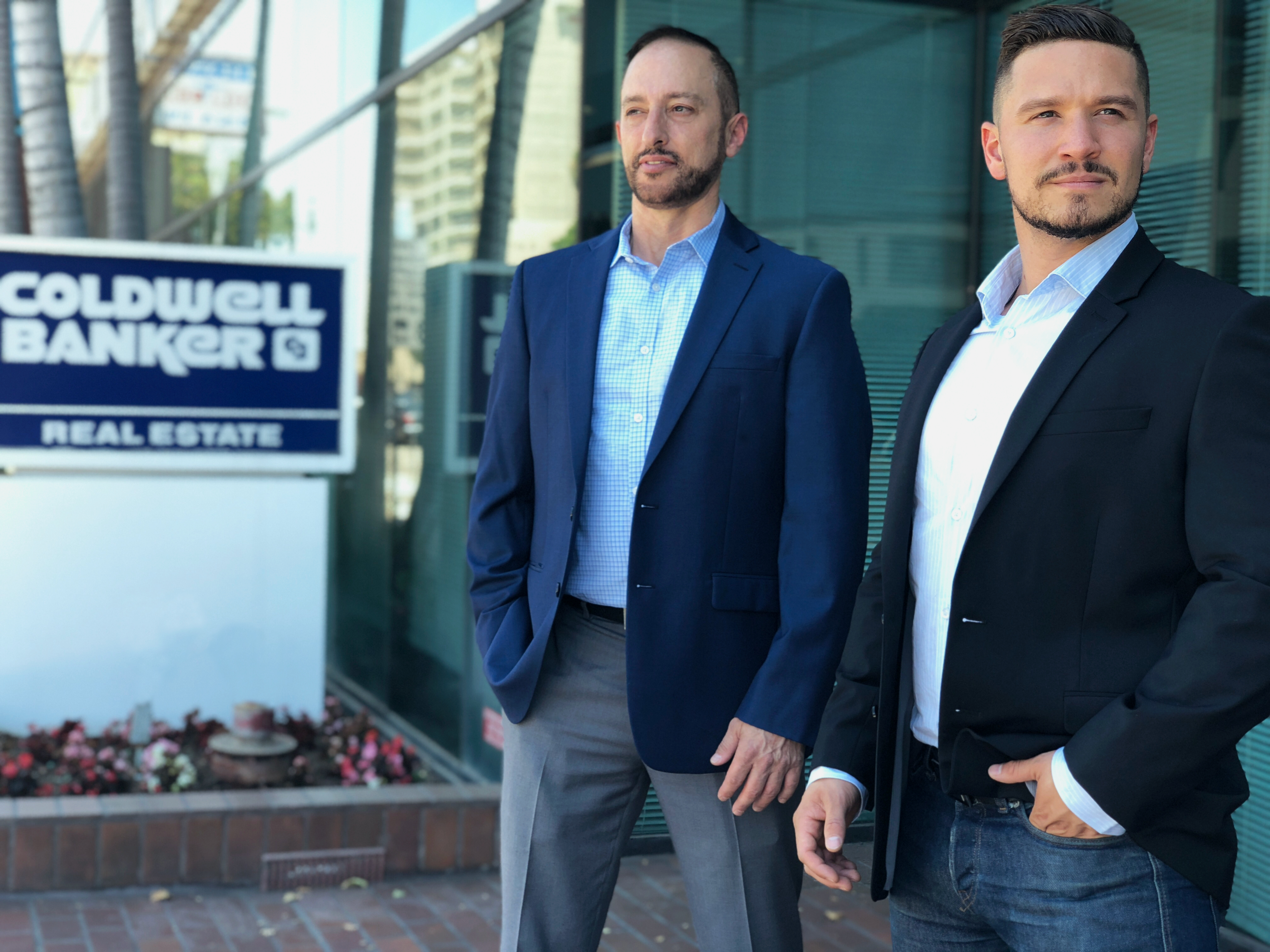